This week the children were treated to a tour through the history of Western music courtesy of Kath and Raph Sharman, using cello, keyboard and bass viol. They did one session for KS1 and another for KS2. During the KS2 session, the children’s attention was grabbed the instant they heard that the bass viol’s strings are made from sheep intestines (cue laughter and groans of “that’s gross” from the audience!). 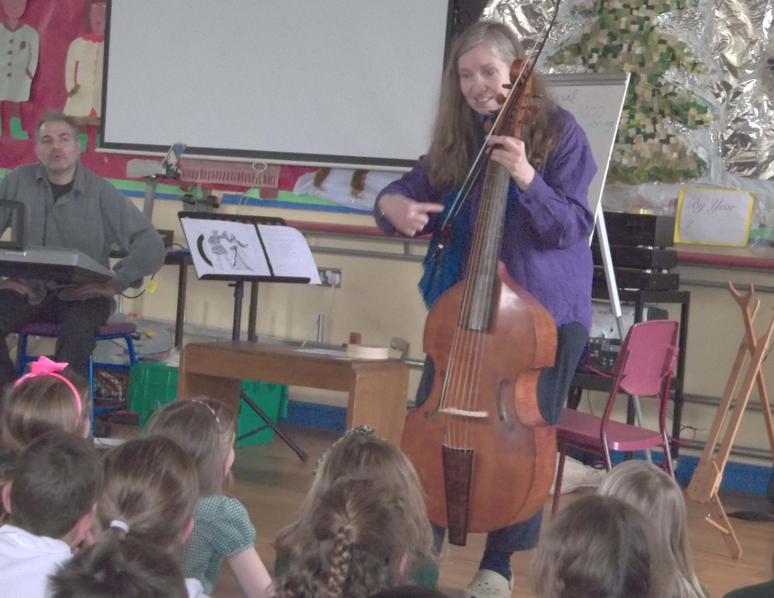 Thankfully we swiftly moved to the Middle Ages with the dirge chanting of the monks who had helpfully left written records about what they played. Instruments such as Nakers, a pair of drums which Raph strapped to the back of Max from Year 6 and then beat with sticks. Thankfully Max didn’t seem to mind! 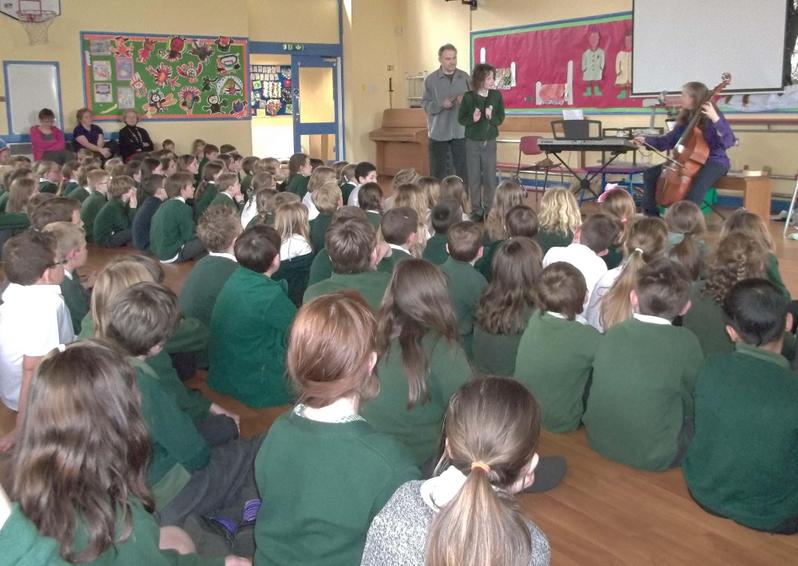 The Renaissance, a time when music evolved to move between chords within a piece of music was demonstrated both musically and with four willing volunteers who demonstrated some renaissance dance. 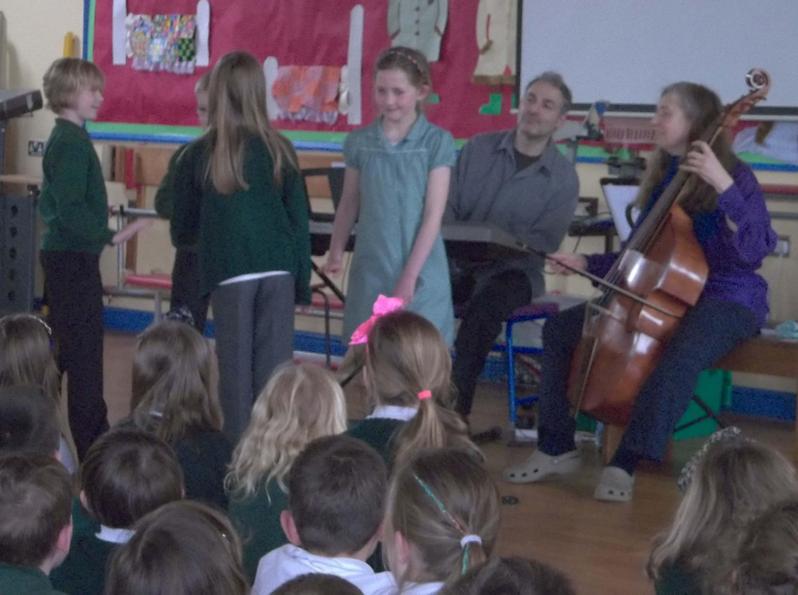 During the Baroque period, everything was highly decorated and ornamental. “Wigs were curly and tights were pink, and that was just the men.” were were told. This should perhaps have been a clue to the young man who volunteered to be a Baroque prince, but luckily he wore his curly wig in good sport. At least he earned a chocolate for his pains! 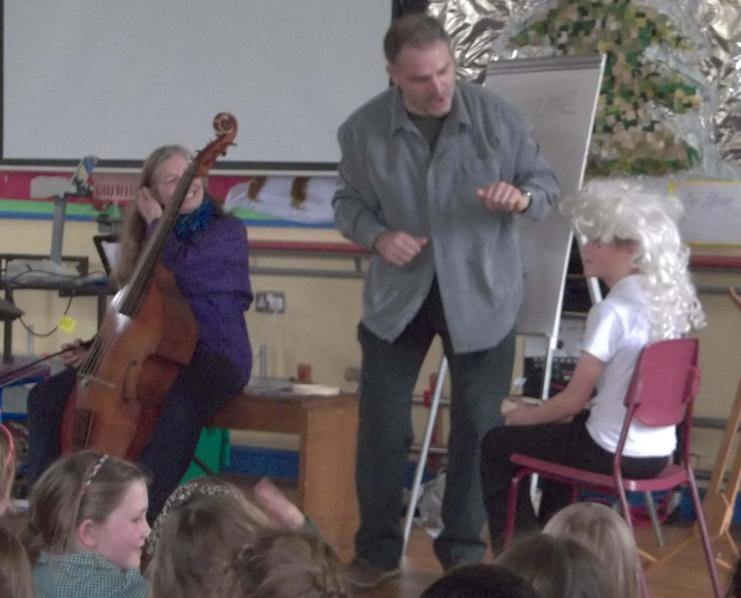 As we moved through the Classical and then Romantic eras we were treated to sections of Eine Kleine Nachtmusik (Mozart) and Apres un reve (Faure) – from the buzz amongst the children, it appeared many of them recognised the Mozart piece.

Finally we came the 20th Century with interspersed notes, squeaks, raspberry blows and clicks, all in the name of Avant Garde or ‘Squeaky Gate’ music! Thankfully this progressed quickly to the blending of African and European culture which lead to Jazz, Soul, Funk, Blues etc and a Nina Simone song played beautifully on the cello. We ended the tour with the most recently composed piece of music in the world (possibly), as it was made up on the spot based around a random chord sequence created by 11 children with letter cards. 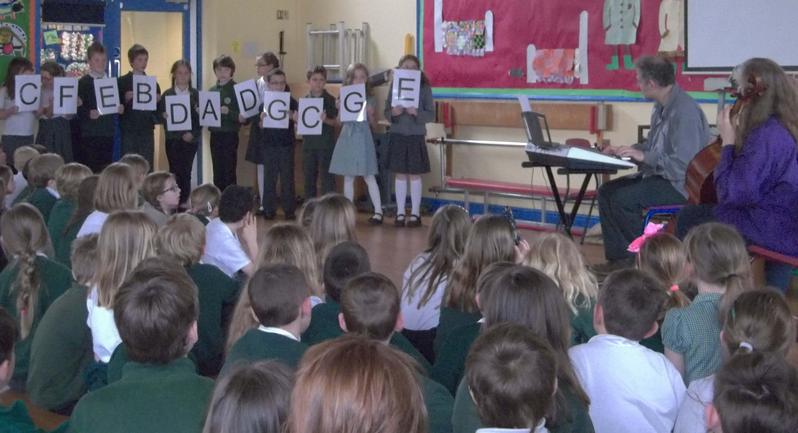 It was a really fun afternoon and everyone learned something new, including the adults. The children had great fun and applauded long and loud as a thank you to Mr and Mrs Sharman for volunteering their time and skills creating such a fun activity for us.