Can you reverse a mashed banana?

The Year 2 children can tell you an emphatic 'No!' following their science experiments into Changing States.

The children weighed, drew and described bananas using ideas from a wordbank they had created. Next they disected and mashed them up and again drew and described them before attempting to follow the next instruction; to put them back together. Despite their best efforts, they were ultimately unsuccessful, thus concluding that the bananas had gone through an irreversible change.

The final stage of the experiment was to reweigh the squashed banana to see if it had changed and make a prediction as to whether the weight would change with further mashing. This gave the children experience in carrying out an experiment, testing a hypothesis and drawing conclusions from available data as well as learning scientific language such as 'prediction', 'reversible', 'irreversible', 'change' whilst having lots of fun to boot! 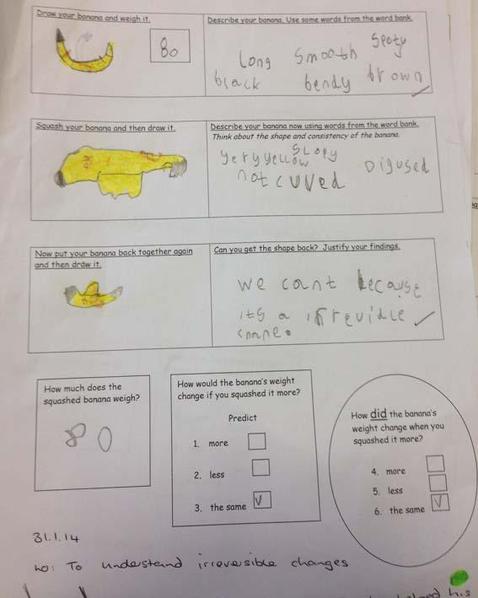 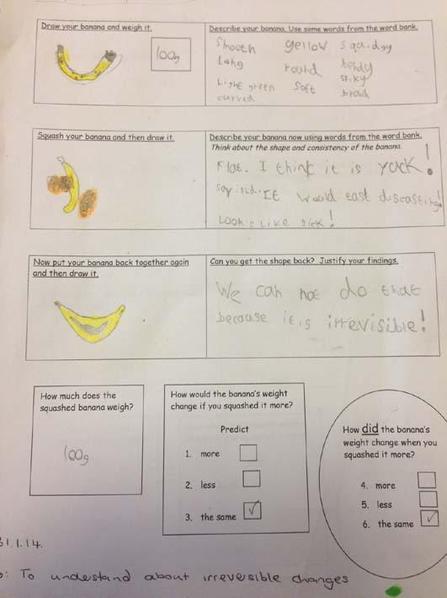 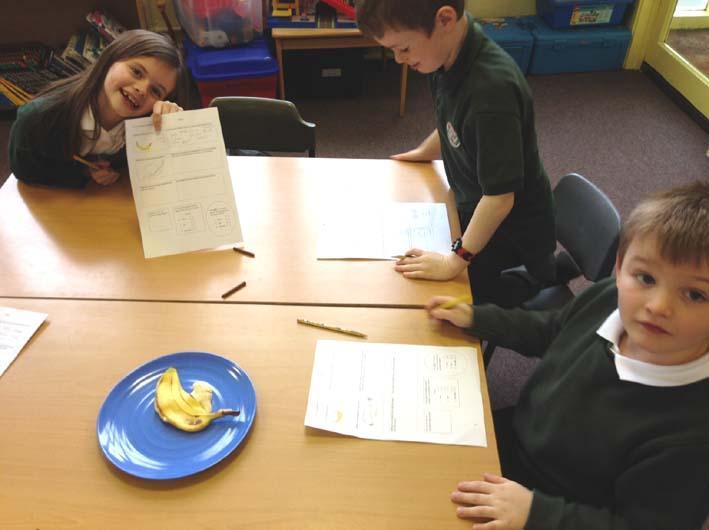 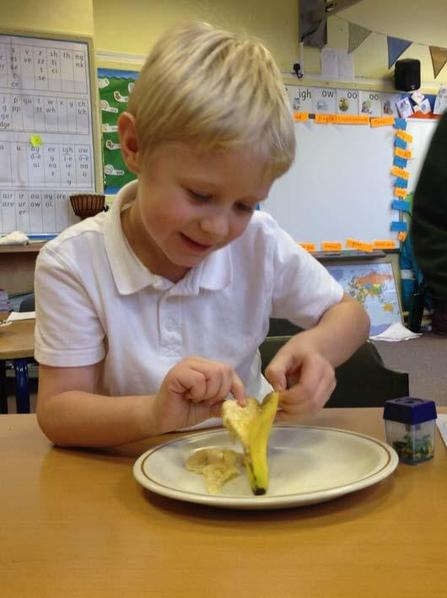