Anglo Saxon fun in the sun

Mrs Smith was beaming when she recounted the wonderful day she shared with Year 5 at Compton Verney today. To round off their Anglo Saxon topic the children spent much of the day in the woods, and some in a classroom, immersed in arts and crafts indicative of the time period.

After learning about the Anglo Saxon methods of pot making, the children created their own pottery either based on the ancient style or adding a modern twist to the old methods. They learnt about the foods our forebears would have eaten and made cookie dough from flour, oats and water. The children lit their own fires using strikers but there was not enough time to cook the dough. However, the children all sampled some pre-cooked dough from the same recipe but with a secret ingredient to guess - honey. Mrs Smith says it was delicious and tasted just like flapjack.

Other activities were building a roundhouse from branches (this was so successful that it was expanded into a hall), making fishing nets by knotting rope and playing checkers.

As well as all this, there was free time in the beautiful gardens giving the children time to run and make up their own games in the sunshine. Altogether a glorious day. 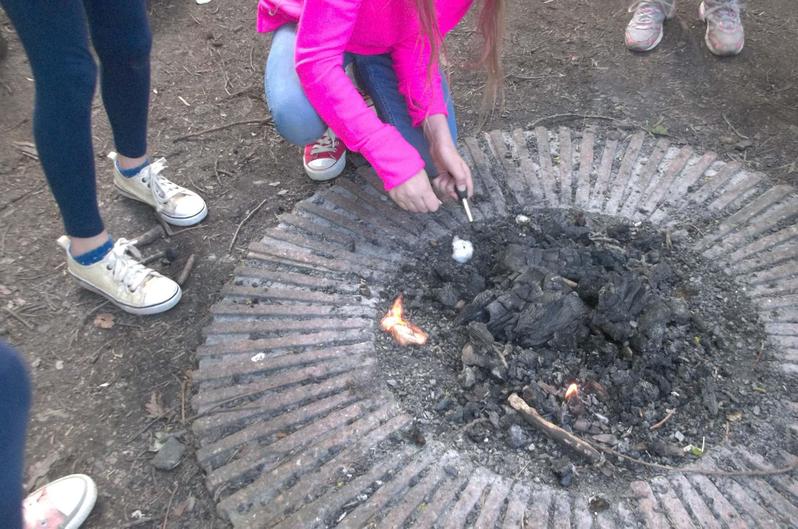 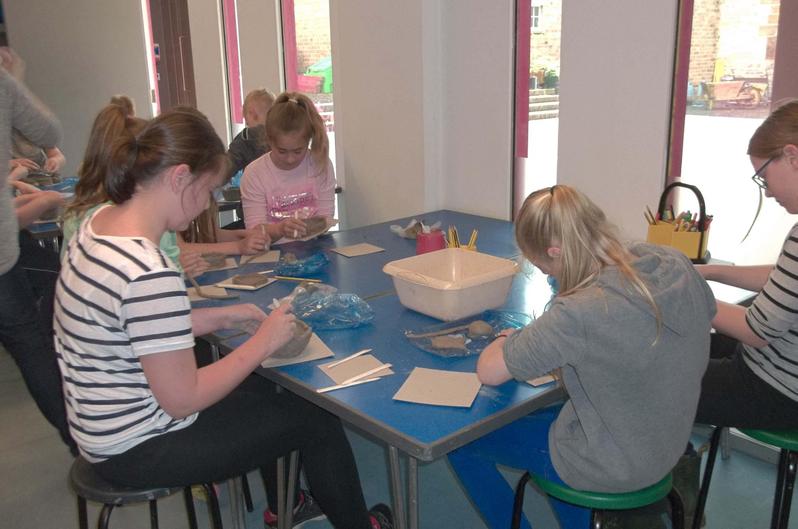 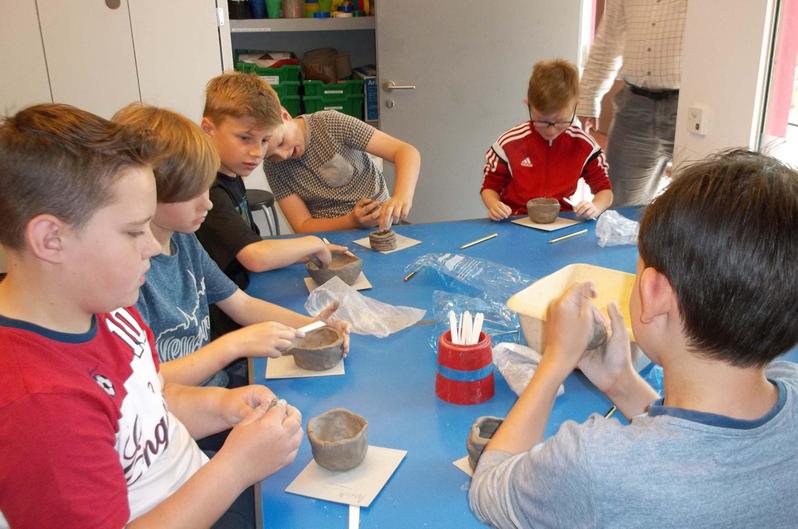 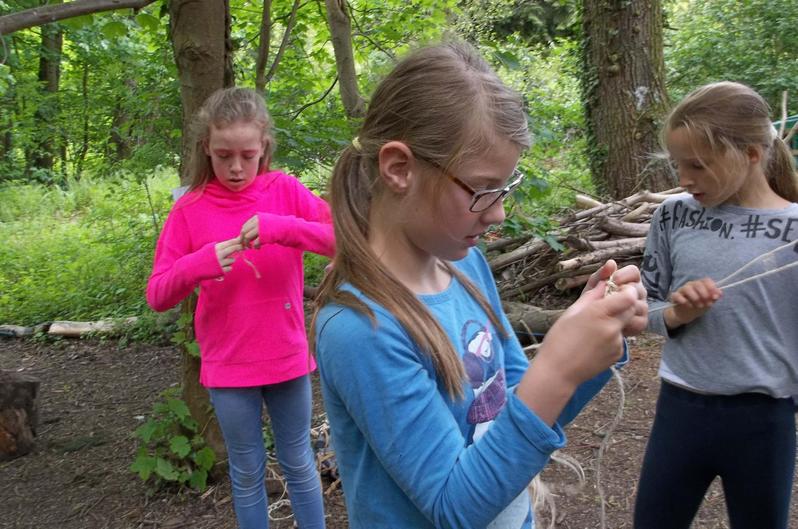 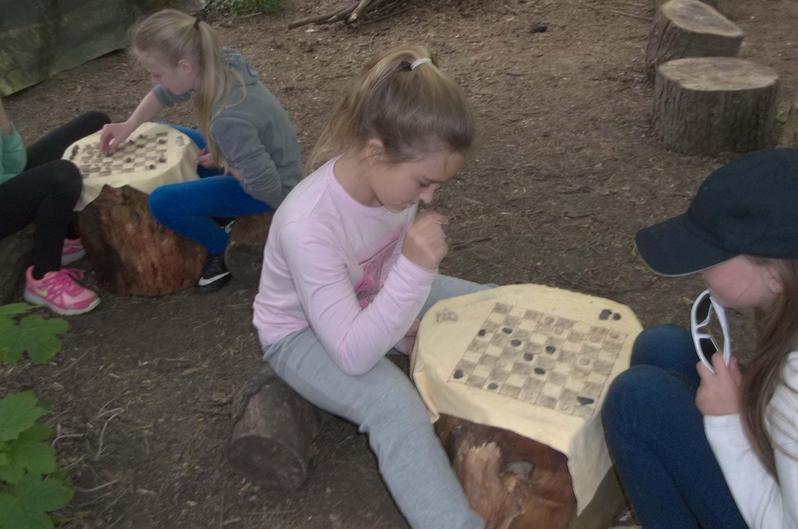 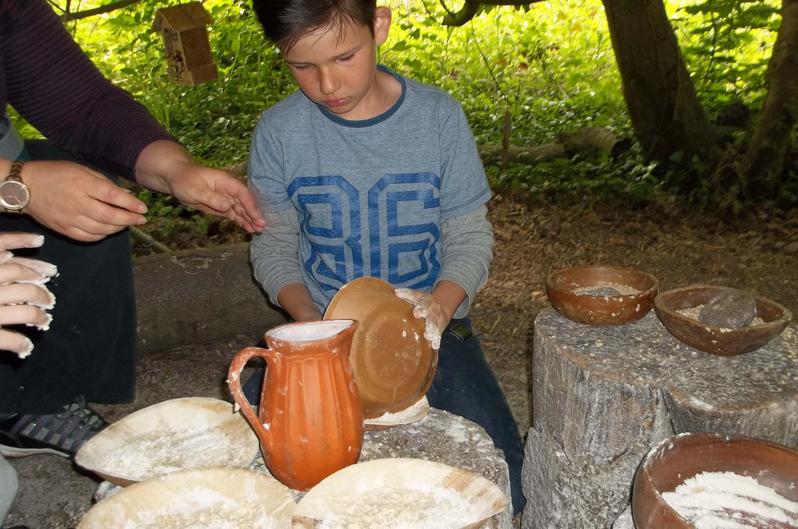