Zach and Penelope from Year 3 tell us about an explosive time in their lessons...

3Ws Topic is about volcanoes. Mrs Oliver and Mrs Stagg and Miss Webb decided to make tiny volcanoes out of party hats! First we cut off the end and made a cup shape out of tin foil and sellotaped it to the inside of the volcano to put all the ingredients in so it can explode! Secondly we painted the party hats to look like volcanoes. We also used tissue paper and red paint 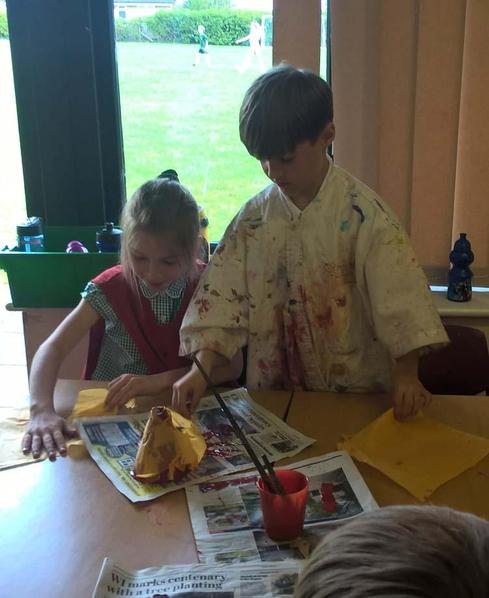 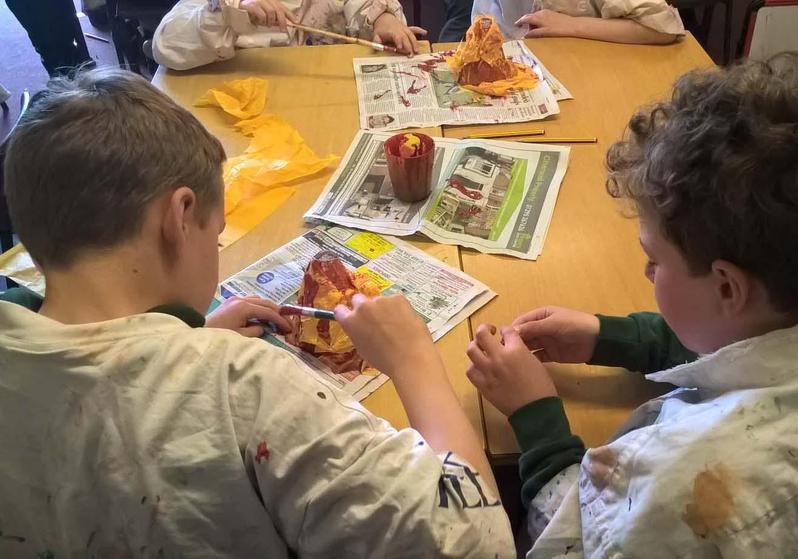 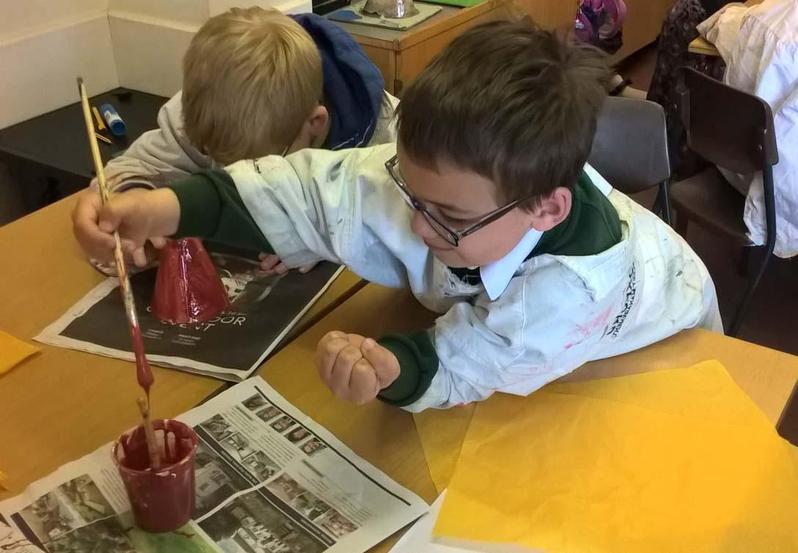 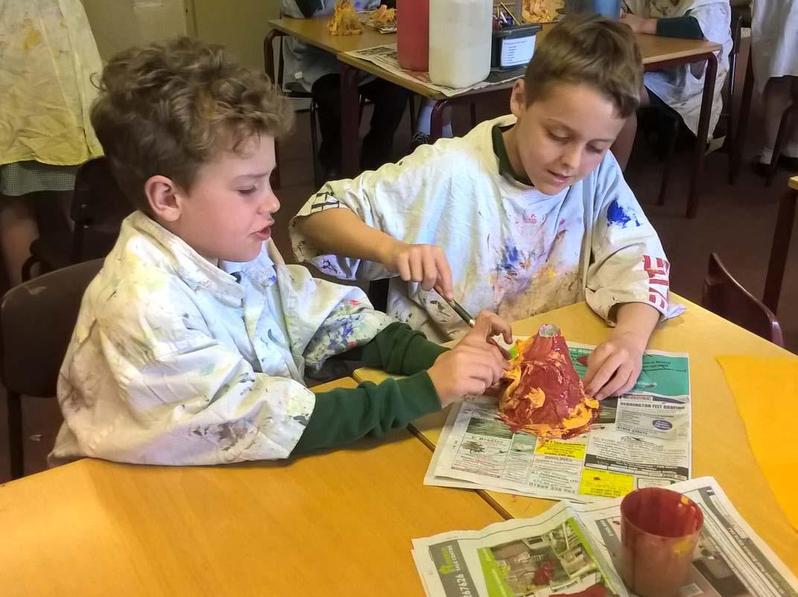 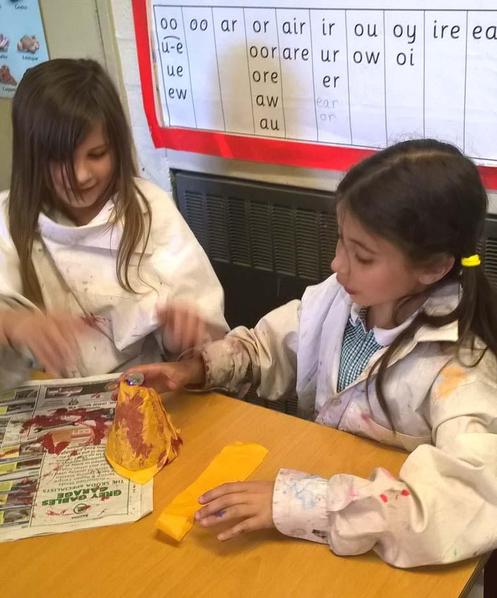 We went into groups. There was a group of people who used Mentos and coke and a group of people who used vinegar and bicarbonate of soda to make their volcanoes erupt. We tried doing the Mentos and coke but unfortunately it didn’t work. Then we did it in the coke bottle and added a bit more of the coke and… it worked! The bicarbonate of soda and vinegar worked straight away. It looked amazing! 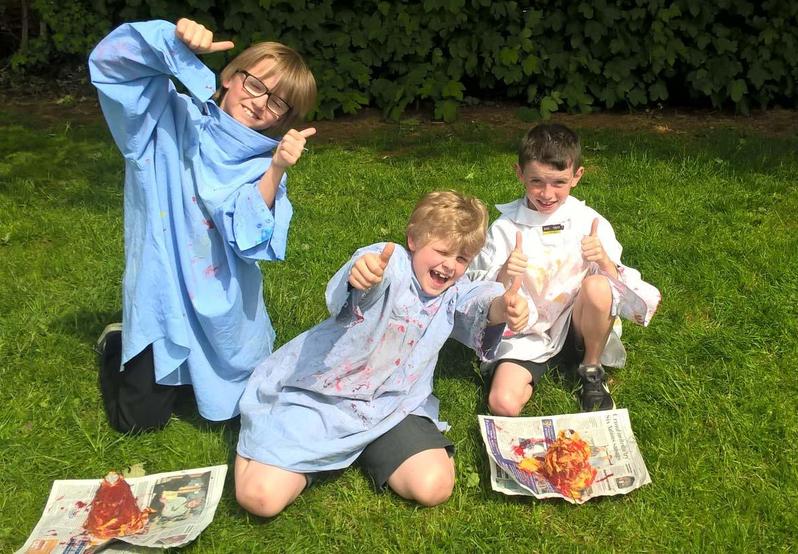 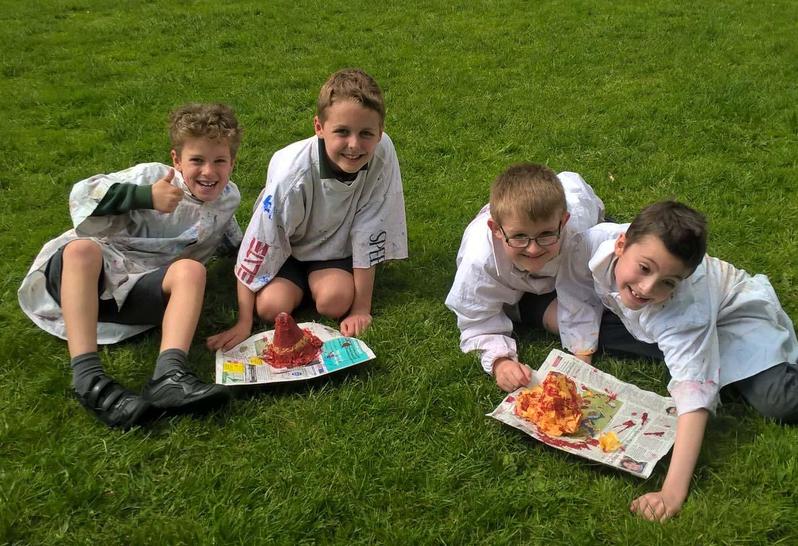 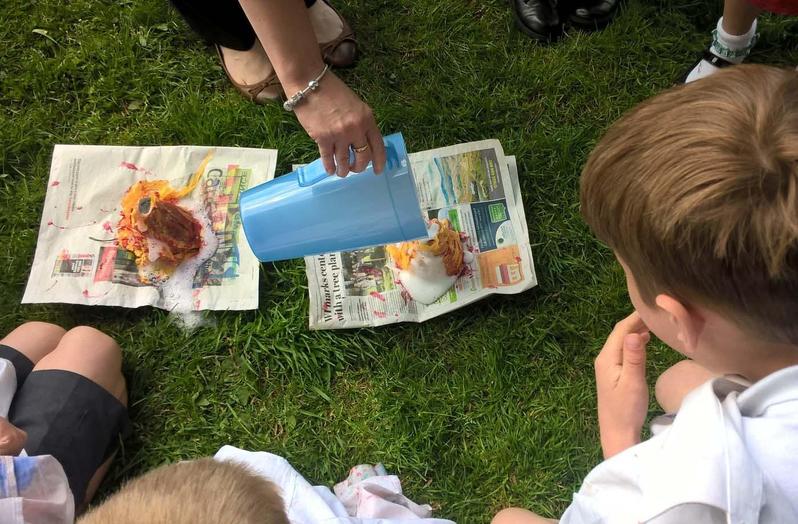 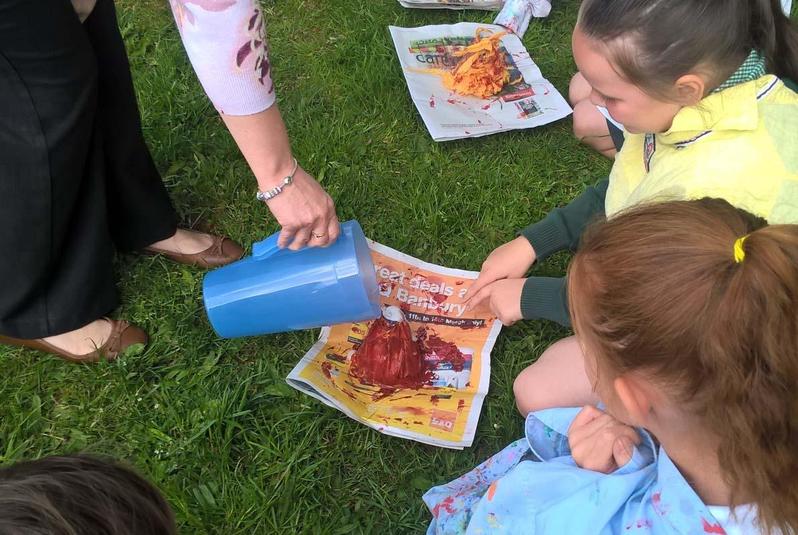 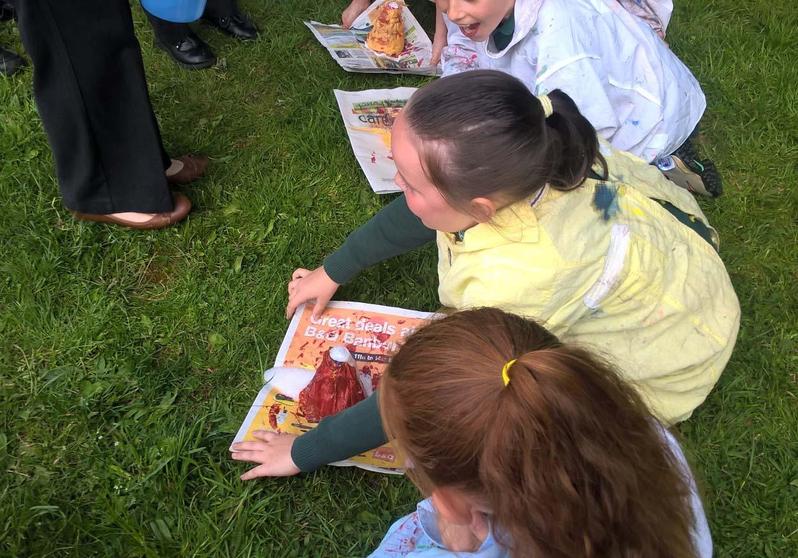 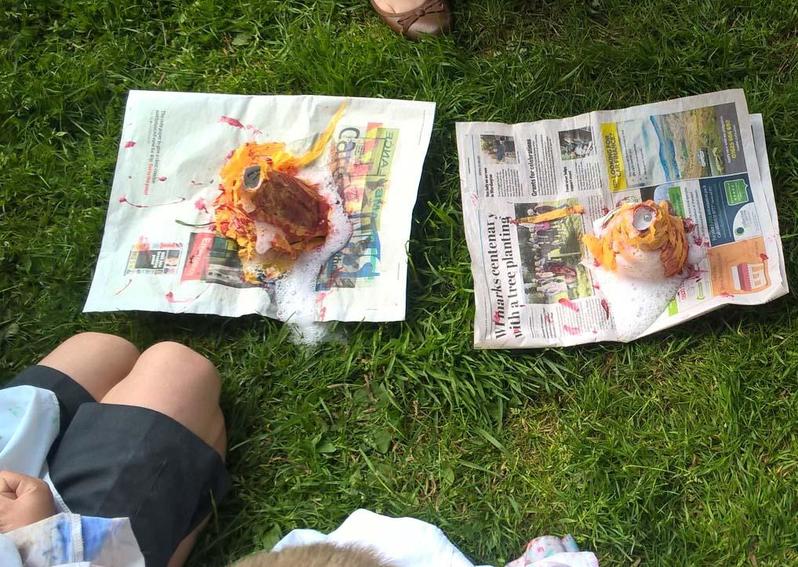 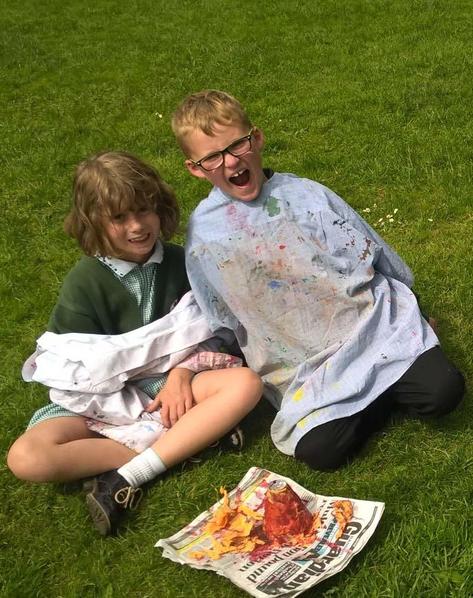 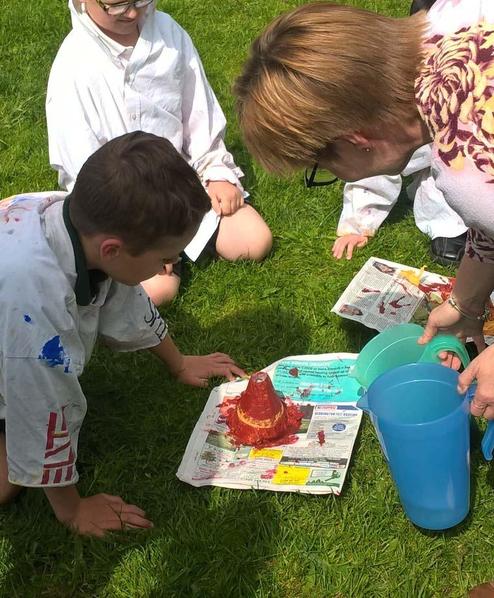 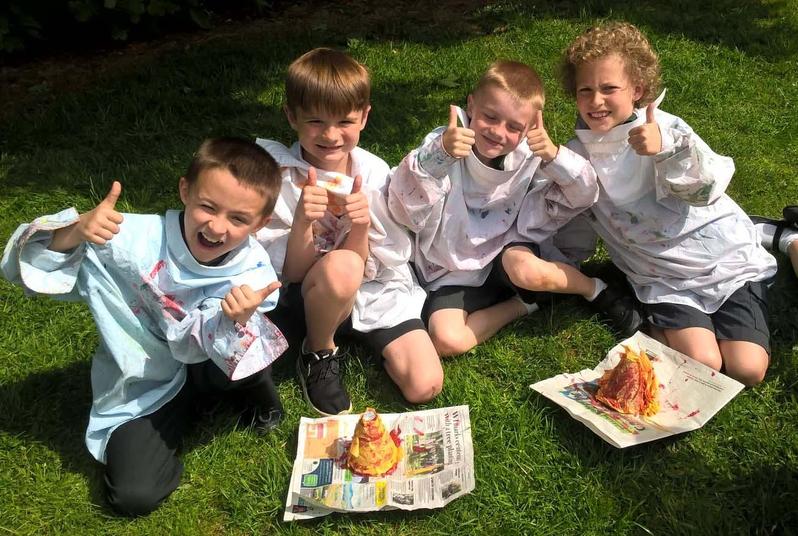 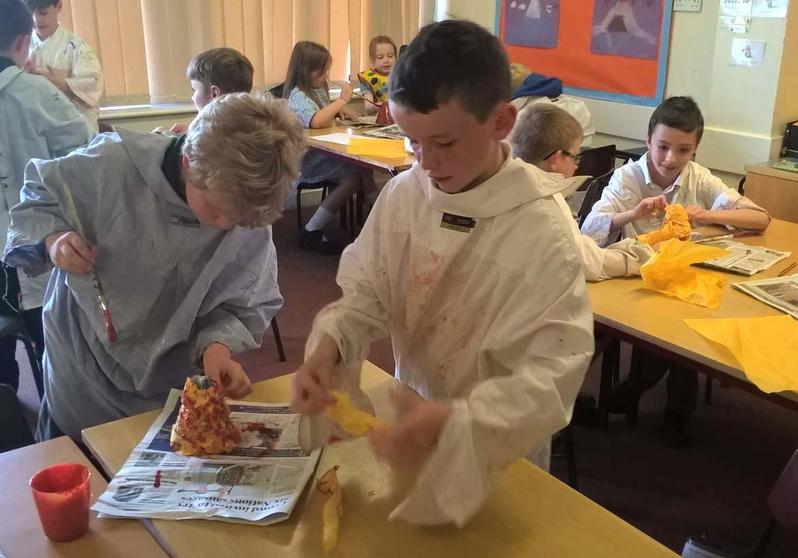