Friday saw a return visit to our school of Scott Spencer, Communications and Education Officer from Dogs Trust. Dogs Trust is our school charity as voted for by the children last year.

This year Scott ran an assembly updating the children on the work of the Trust, followed by two separate KS1 and KS2 assemblies looking at safety around dogs.

The assemblies were extremely informative as well as very funny in places. Scott is a very engaging speaker and the children were hooked as soon as he mentioned dogs sniffing each other’s bottoms as a way of getting to know each other!

Scott reminded us that dogs have feelings and their behaviours are them showing how they feel. He gave clear demonstrations to explain that safety around dogs is about our behaviour around them, not how they act.

The children were all surprised to learn that children are viewed as a separate species by dogs and can be very scary to them as they are often noisy and fast moving. With the aid of volunteers from the audience and a very well behaved stuffed dog the children learned how to approach a dog calmly after asking permission from the owner and to allow it to choose if it wants to be petted or not by inviting it to sniff a hand, not crowding it or moving too quickly etc. 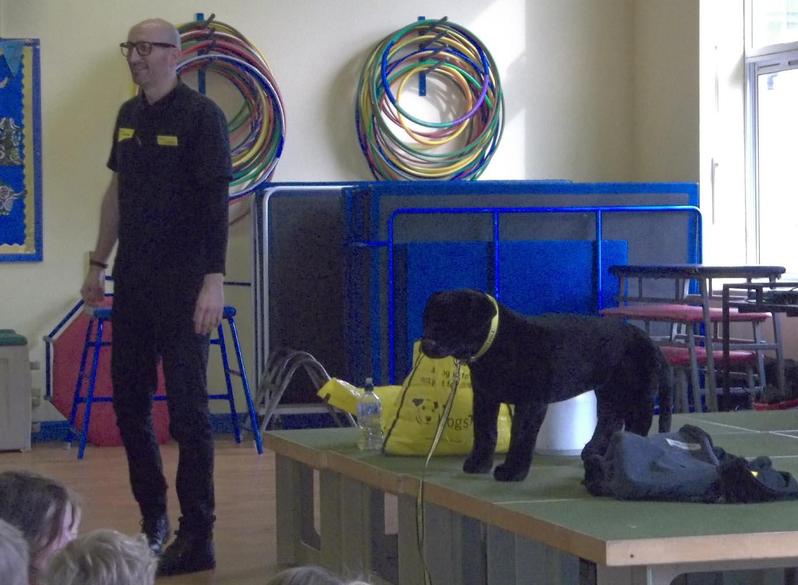 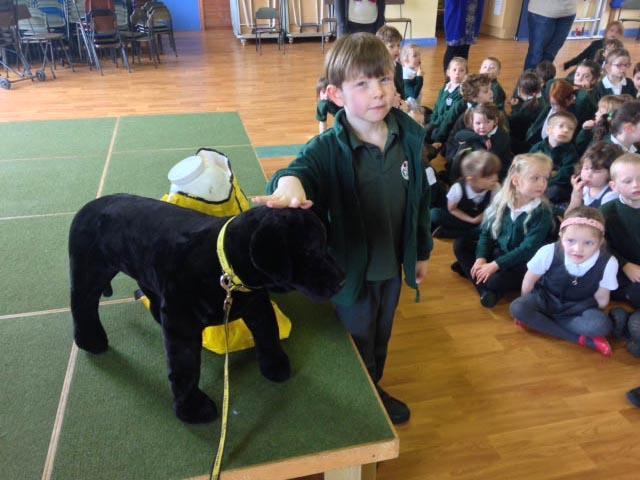 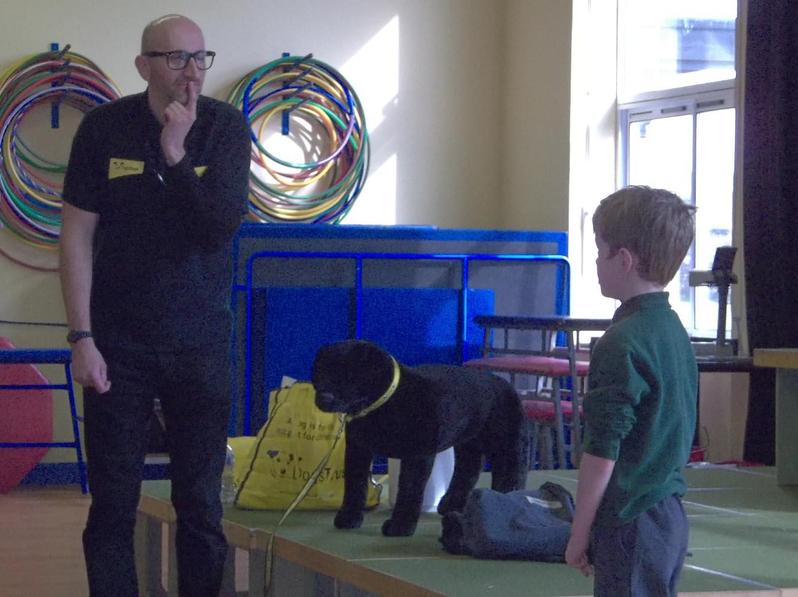 Next we were told how to react if a loose barking dog runs at you. We were advised to stand still (running will just make the dog chase you), cross our arms over our chests with hands in fists and to look away from the dog. This is to keep our dangly bits (arms and hands) safe and removing eye contact stops the dog feeling threatened. Lastly Scott said to drop to the floor any item the dog may be interested in. This takes away any interest the dog will have in you.

The final part of the talk was about poo – 8.9 million dogs in the UK going on average twice per day. The children were invited to explain why it is important that we all clean up after our own dogs. They talked about mess and accidents by slipping but were surprised to hear that dog poo is very dangerous and can actually make a person go blind. There was also an appearance by a very realistic fake dog poo which caused much hilarity and helped the children to remember what they had learned! 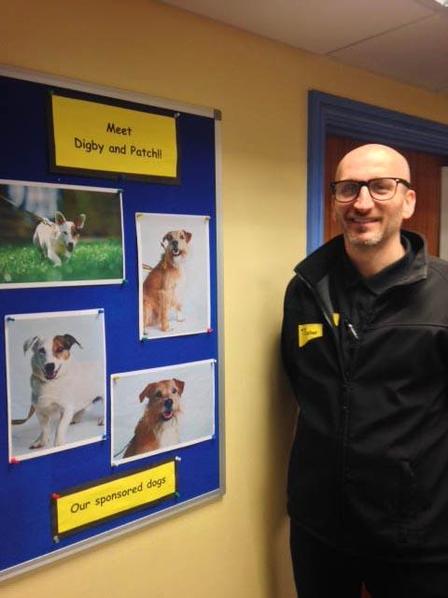