Year 5 recently experienced an immersion day in the life of the average Anglo Saxon as part of their Topic work. Who better to tell us about the day and all that they experienced than one of the children themselves. This report comes from Ellie B.

“Yesterday we went to school and had had an Anglo Saxon day, this was fun because of the dressing-up and all of the amazing activities that Wolf and Cathrine set up for us!

First we went to a place called the Moot-Hall, this is a type of Anglo Saxon house where they have lots of meetings and parties. In the Moot-Hall we met a man called Wolf who was an Anglo Saxon from back in time, he told us all about families and their tough life, living in a one roomed house with about 25 people! Then we learned about food and that they had a very limited amount of food and only had things like garlic, herbs, berrys, onions, boar, pigs, sheep, goats, cheese, chicken, goose, ducks. They also had jobs such as Blacksmiths, Woodworker, animal-bone carver and porters. The best job you could get was a blacksmith because you get paid the best.

Next we went into a lesson all about clothing, the woman’s name was Cathrine and she was really nice. Cathrine tought us how to make bracelets which can also be used as a rope for when they’re battle on the sea. We also got tought how to make smooth, soft wool which they used as clothing as they had very little choice. To make smooth, soft wool you can use a spindle whirl. You can make ropes in many different ways you can use a spindle whirl Luciet, Niddy-Noddy or a loom. She also tought us how to use runes (Anglo Saxon letters). Cathrine showed us how to make dyes for your wool you can use onions, juice and to make sure that the dye won’t wash out you can leave it in wee for 2-3 hours, you also use the wool to make lots of clothes. They didden’t have an iorn and so they had to use a smooth stone, but they rarly iorned clothes because there is no need.

I had a really nice day and I certainly have learned alot of things and done activities I would never of thought of doing. This day will definatly never be forgotten as everybody (hopefully) enjoyed it. There was lots of laughing and learning, this day will help me in my Topic lessons. And can I say a massive Thank-you to Cathrine and Tony (Cathrine and Wolf!) As none of this woulden’t of been possible without you. I was definatly satisfied by everything I did. I really enjoyed my Anglo Saxon day! Exept for one thing, my costume!” 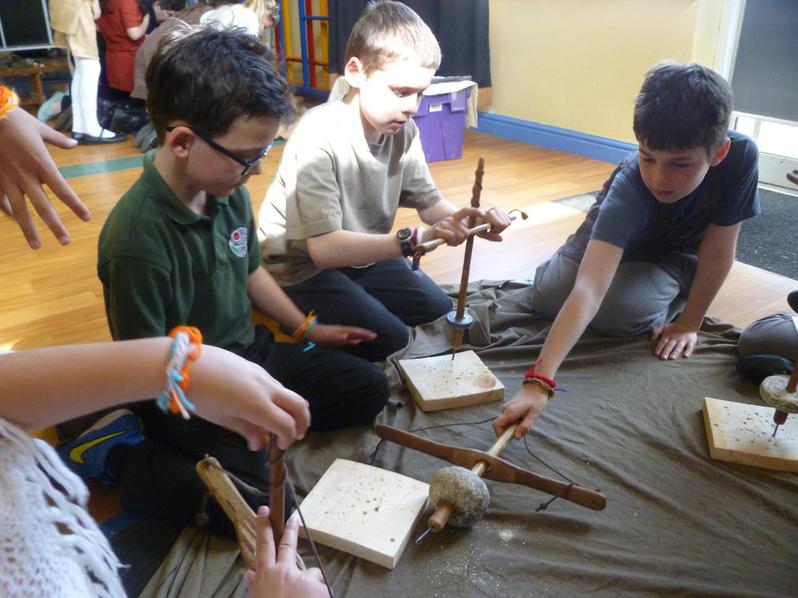 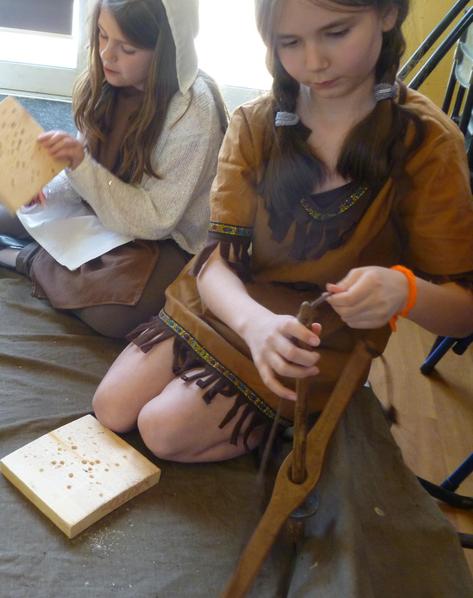 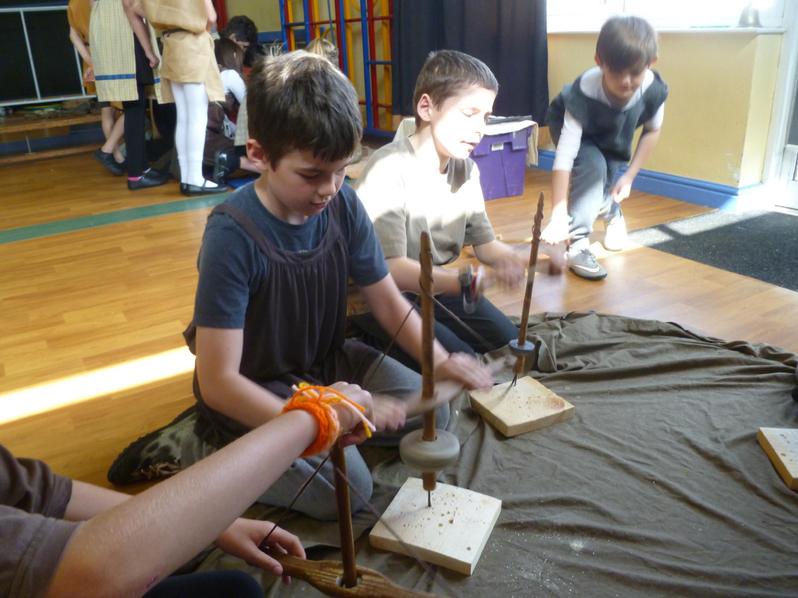 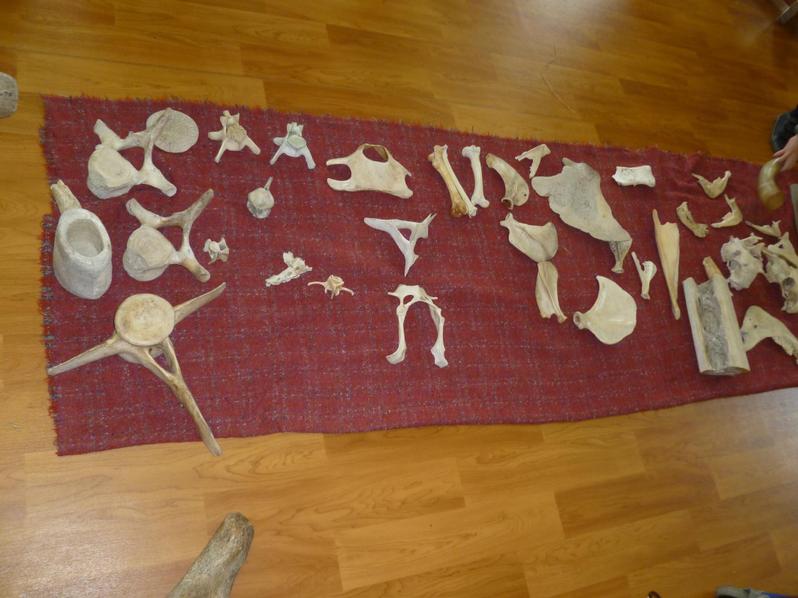 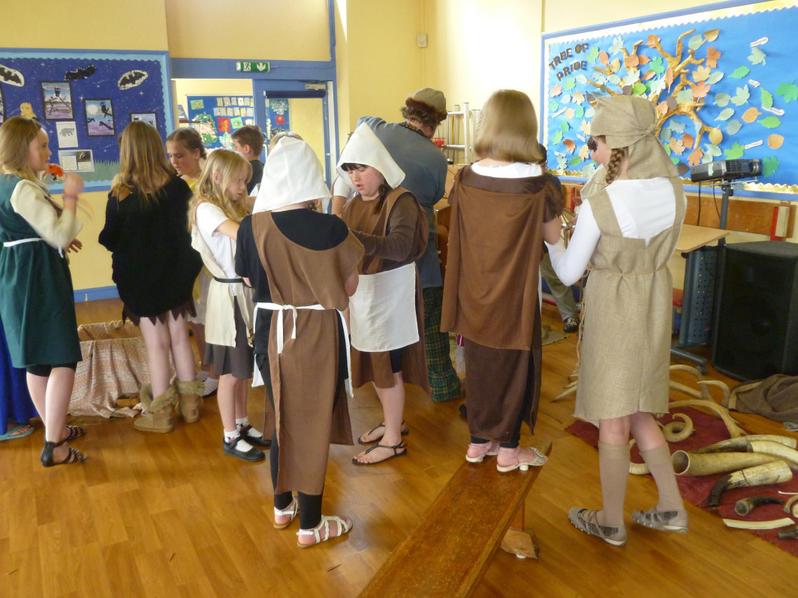 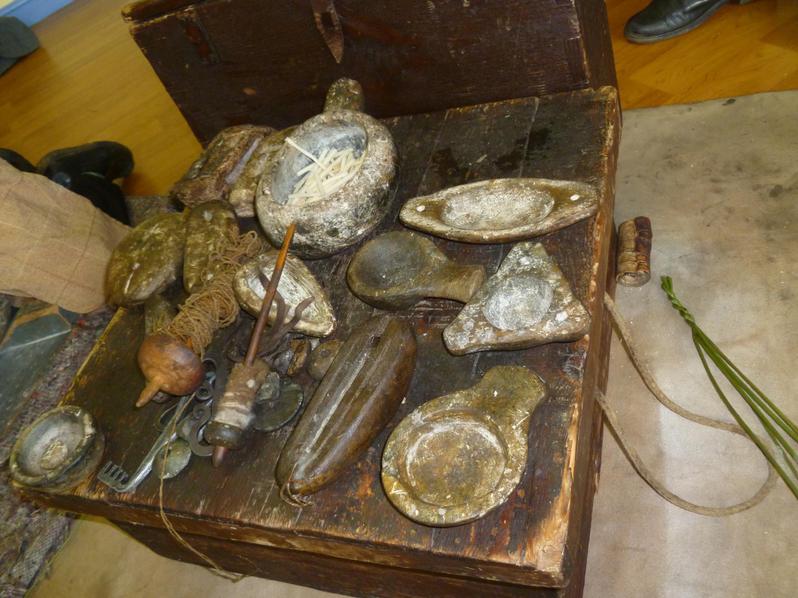 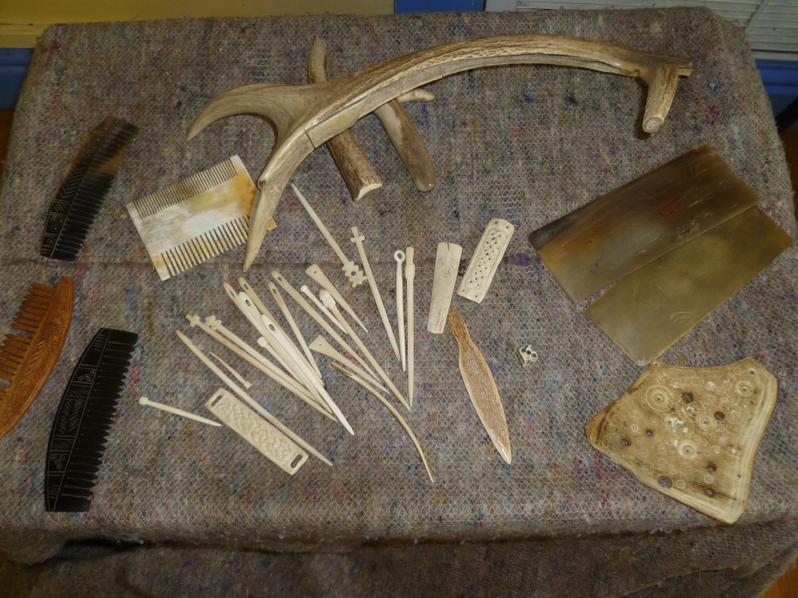 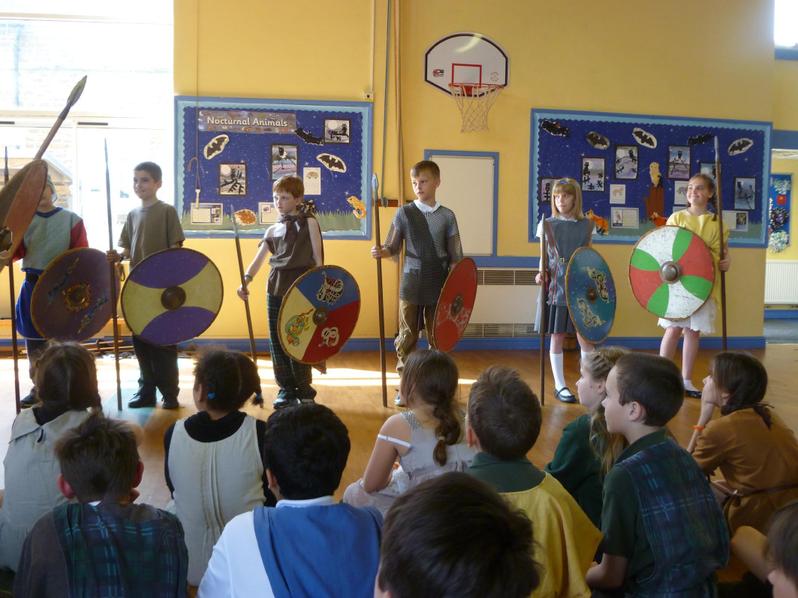 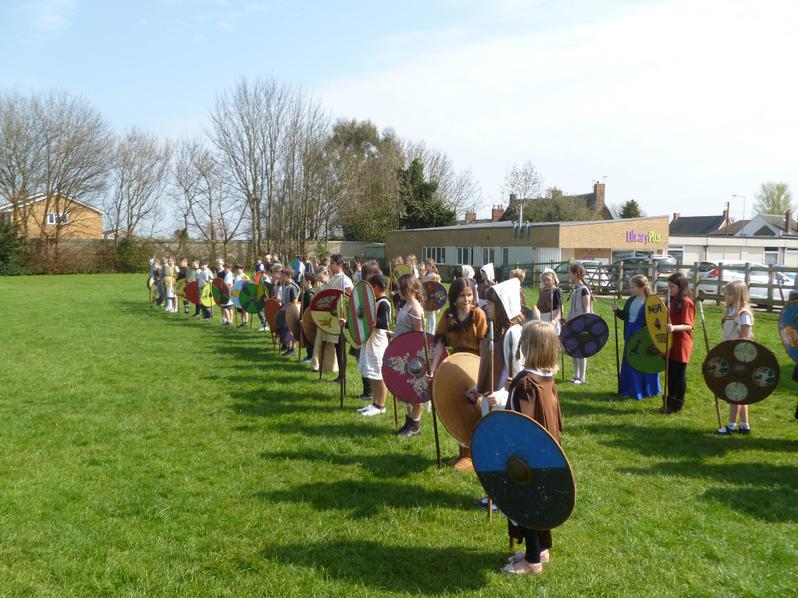 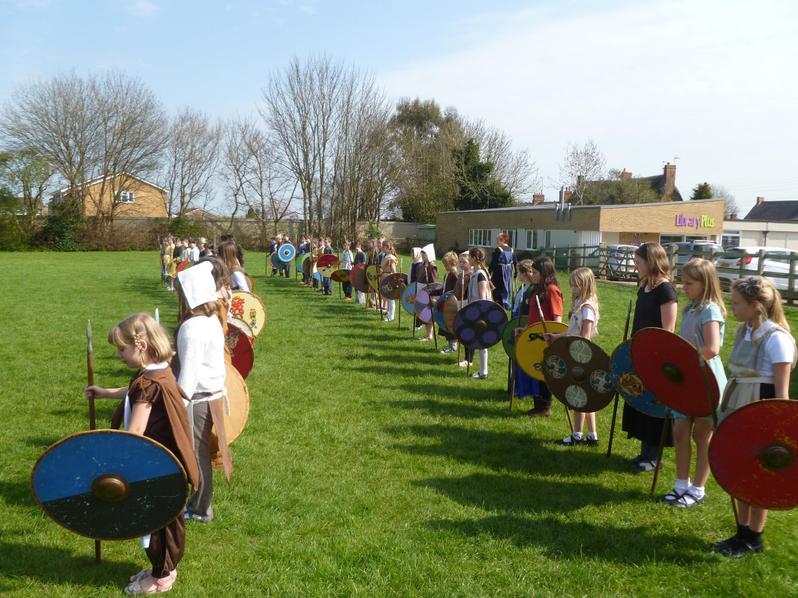 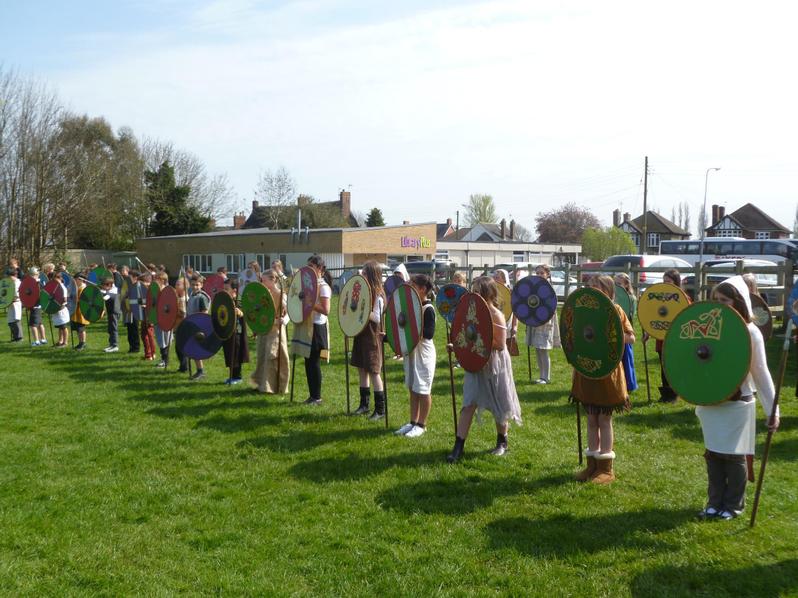 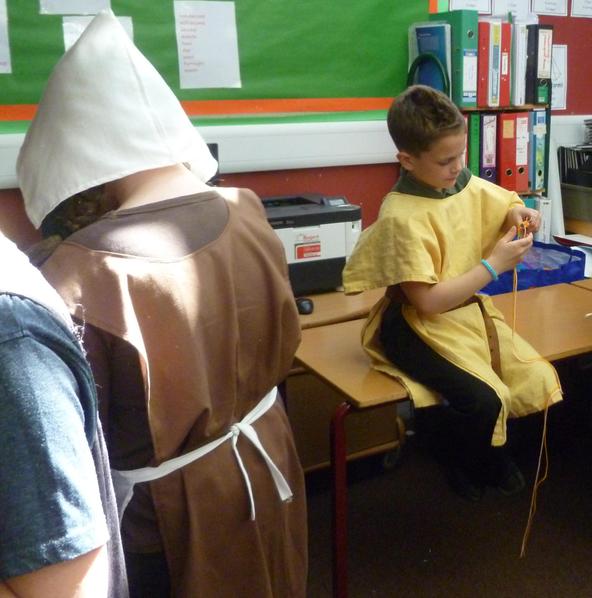 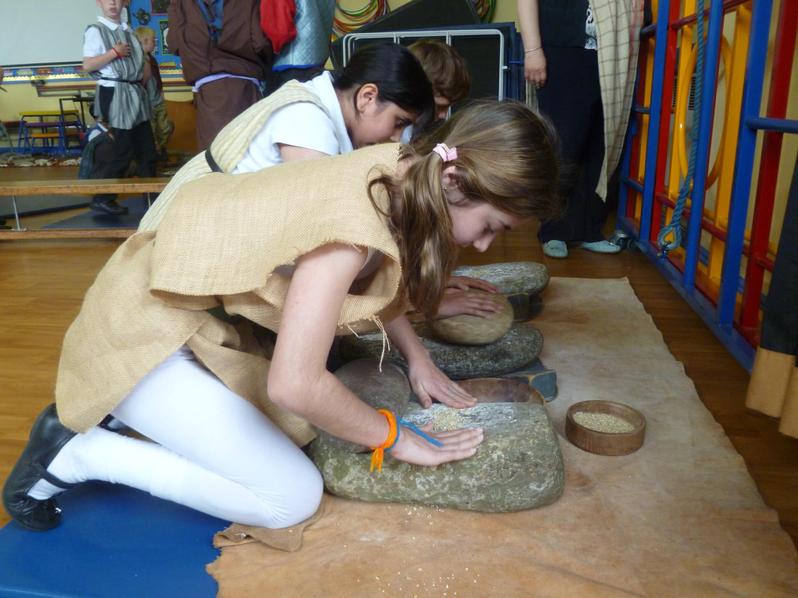 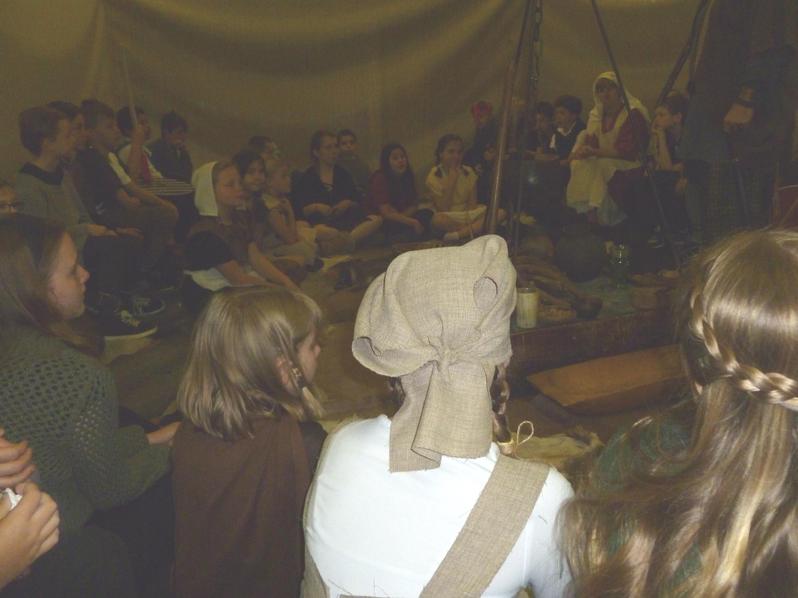 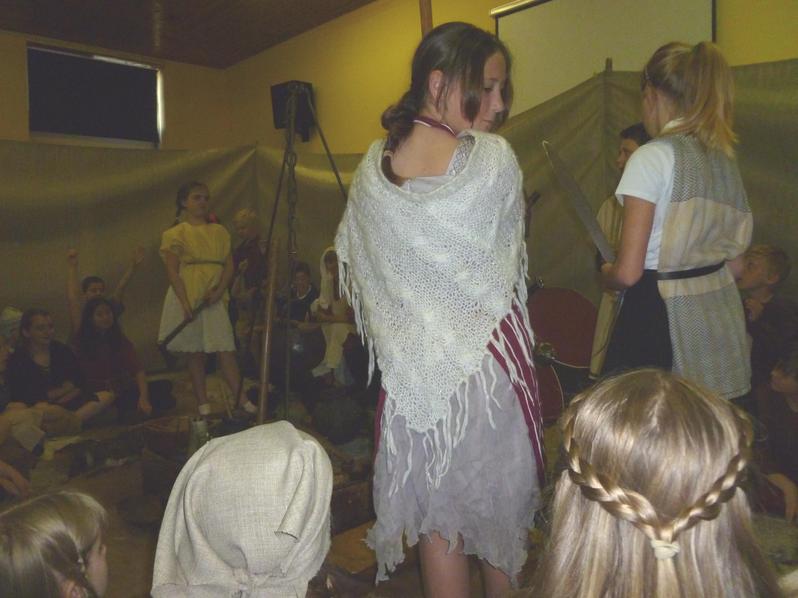 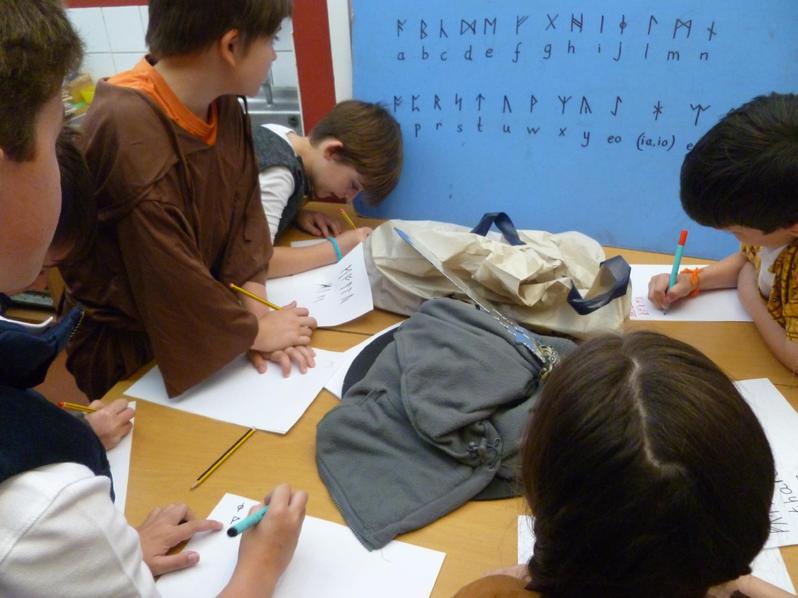