Going to the dogs

Cast your minds back to one day in May when the school was awash with black and yellow dress in support of the charity, Dogs Trust. The children were asked to make a donation in exchange for swapping their uniform and receiving a bone shaped biscuit to decorate and eat.

A representative of Dogs Trust visited the school yesterday and was presented with a cheque for £281.35 by two members of the School Council, whose brainchild the black and yellow day was.

Scott Spencer, Dogs Trust Communications and Education Officer, had the children enthralled as he led an assembly telling the true story of Otis, a little Staffie who was abandoned at the age of four months. Various children played the roles of Otis the dog (see the ears she's wearing), the man who found him, the Dogs Trust worker who collected him, the vet who treated him and Scott himself. It was a sad story but with a very happy ending as Scott ended up adopting Otis, saying they took one look at each other and knew they were meant to be together. There were gasps of amazement when Scott told us that Dogs Trust rehomes 15,000 dogs each year! 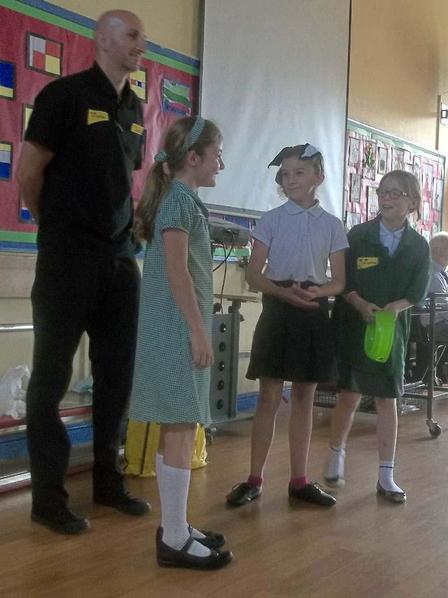 The two Year 6 representatives of the School Council then presented Scott with the cheque for £281.35 and he congratulated all of the children on raising such an important sum of money. He asked one young lady to stand and informed us that just one rehoming centre will get through 15 bags of food the size of that child each week, which reinforced how valuable our contribution was. There was lots of smiling and laughter throughout the assembly and many of the children were left with a real sense that they are able to do something that makes a positive difference in the lives of others. 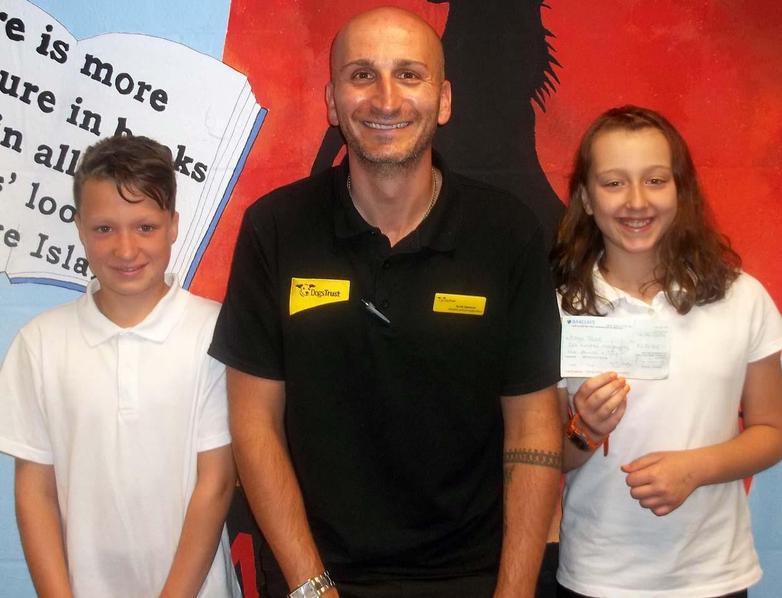