A big thank you to all of the family and friends who came along to join with our Remembrance Assembly last week. Mrs Rayner and pupils representing a variety of year groups led us through poetry, song and prayer to remember those who have given their lives in our defence, through times of war and conflict. 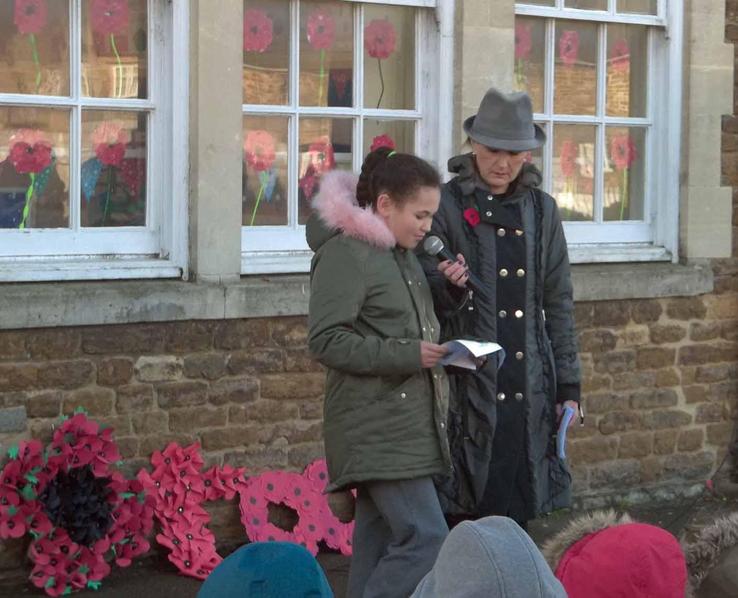 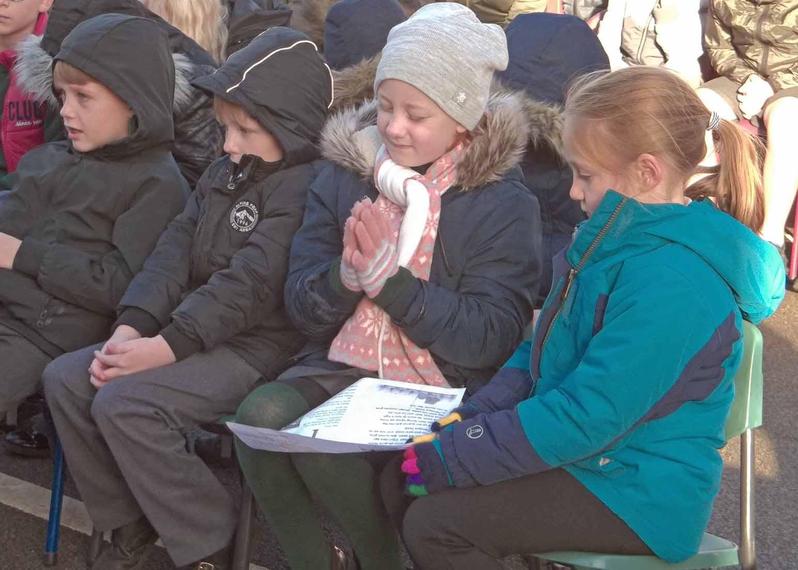 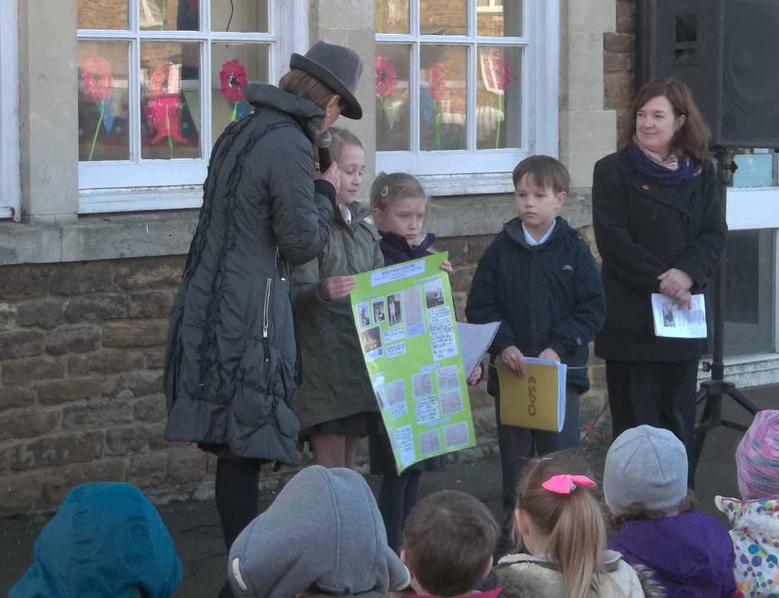 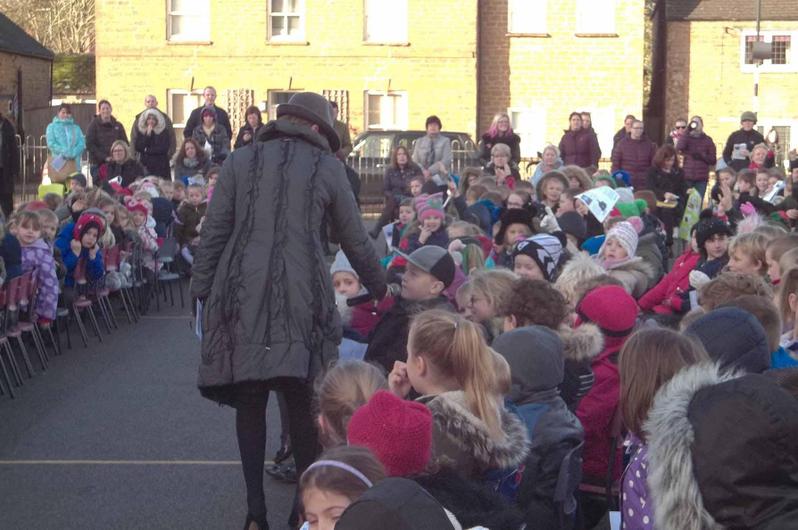 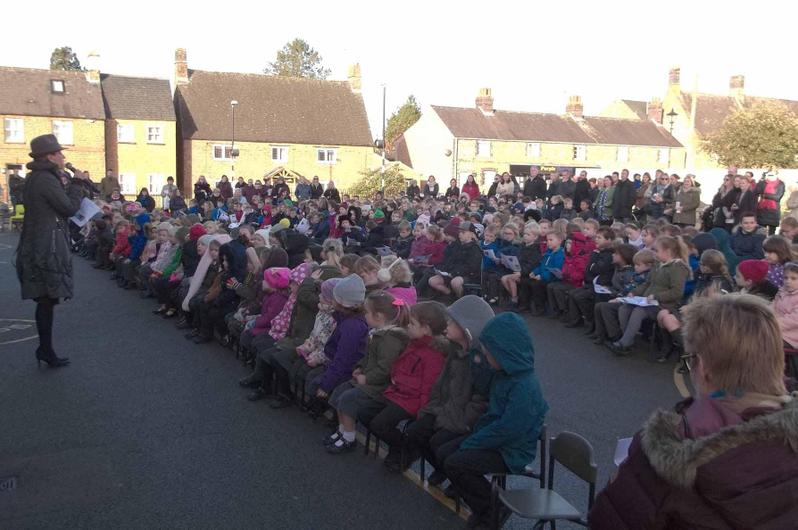 Each year group had been busy making poppies throughout the week. Some were displayed on classroom windows and others were made into beautiful wreaths which were carried forward at the beginning of the assembly, and later displayed within the school. 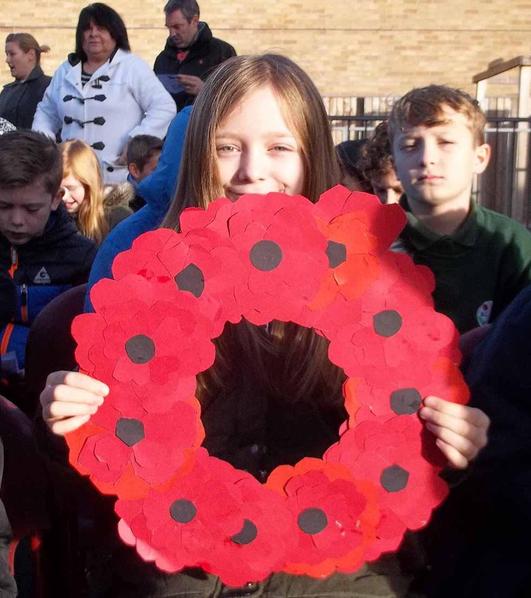 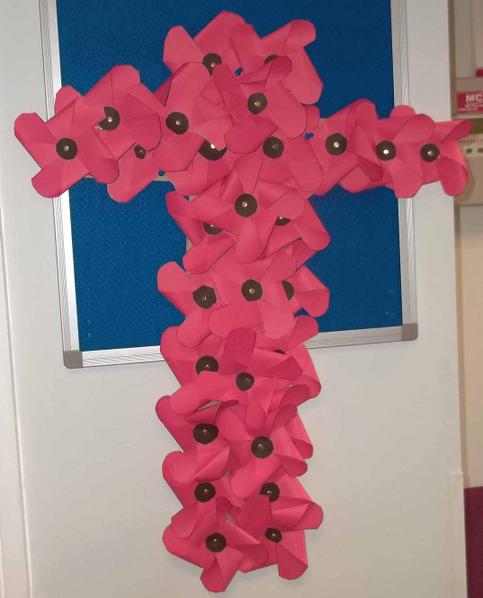 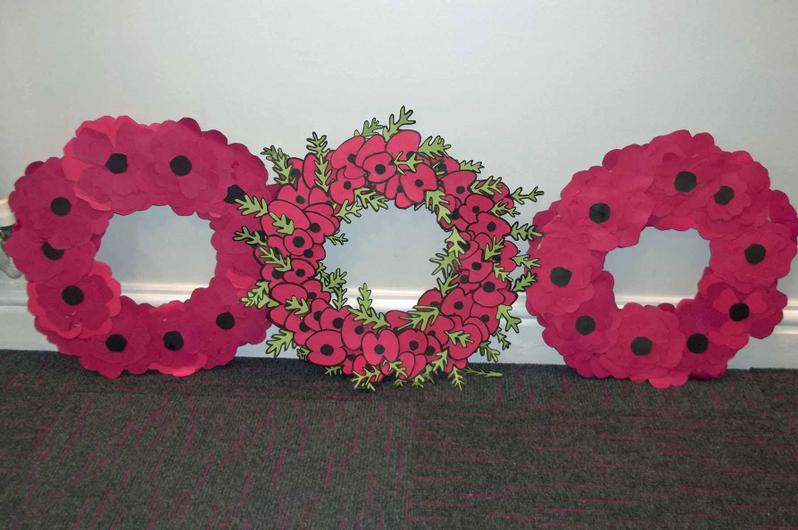 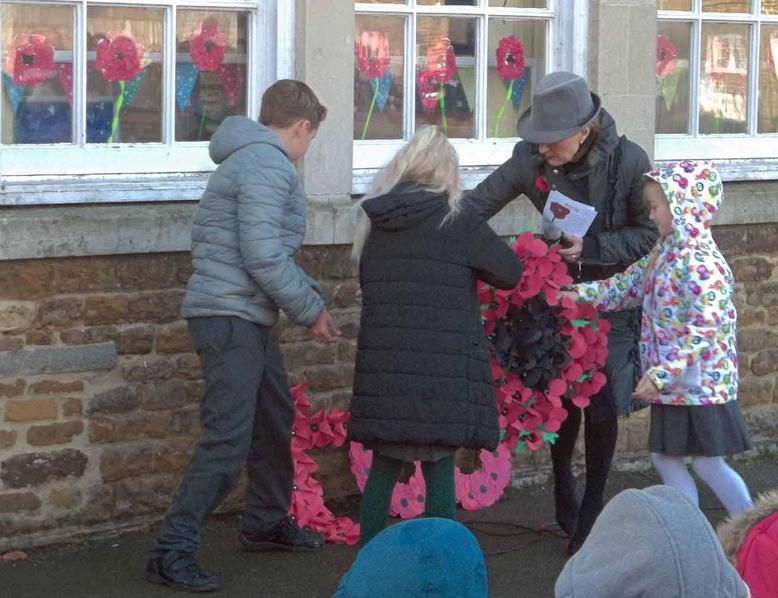 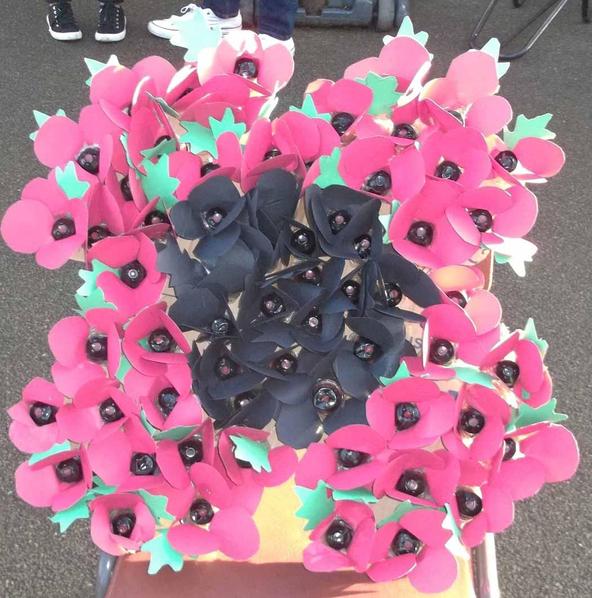 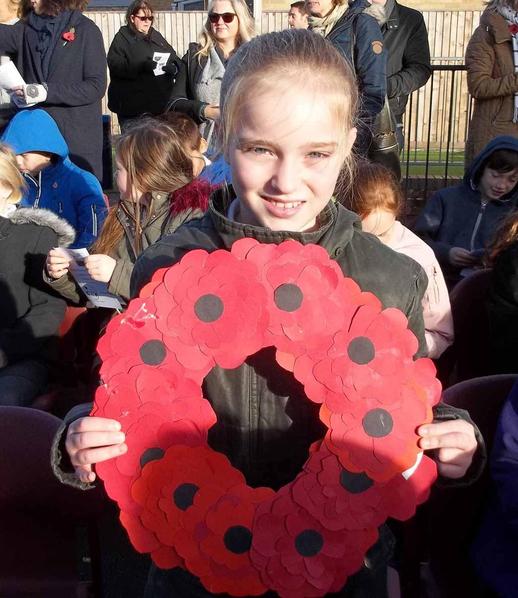 The children in Year 4 have been studying the Second World War for their history topic. They were set the task of researching how members of their own family were involved with or affected by World War 2 and the children rose to this challenge with amazing results.

Three of the children read from their work and answered questions at the assembly. We heard about one child’s great grandfather who was a Navy engineer serving aboard the ship which saved the King of Norway from the German army. Another recounted their gran and grandad’s memories of hearing the announcement of the outbreak of war on the radio. Gran recalled carrying her gasmask to school at Dashwood Primary every day and having drills when pupils had to hide in underground shelters on the school grounds. A third told of a great grandmother who was a firewatcher through the Blitz, standing watch at a high point and reporting any fires spotted. A hugely important role.

Some of the children’s work was also displayed outside of the Year 4 classrooms and it was lovely to see children from other year groups reading the work throughout the day as they passed by and family members visiting at the end of school. Well done to everyone in Year 4 for working so hard on your projects and particularly to those who so confidently read out their work, prayers or poems in front of an audience.

To read the works below, click on the picture and it will open up in a larger box. 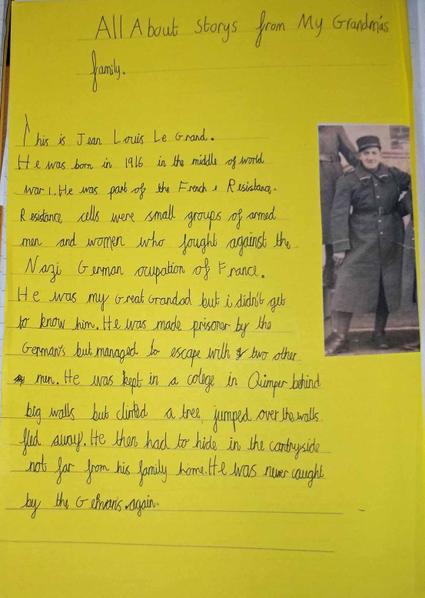 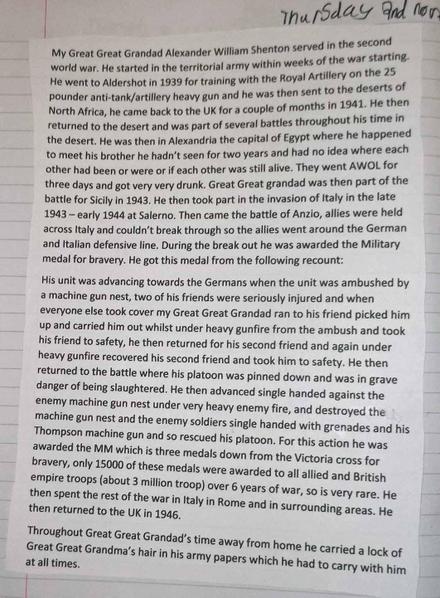 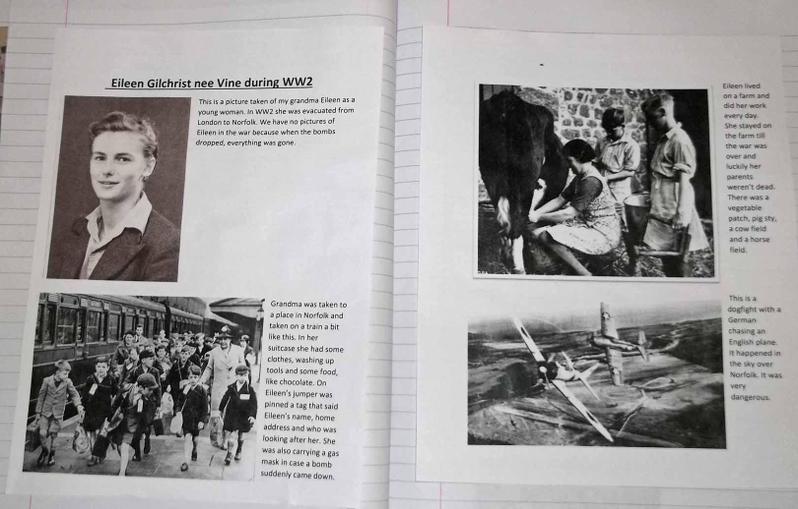 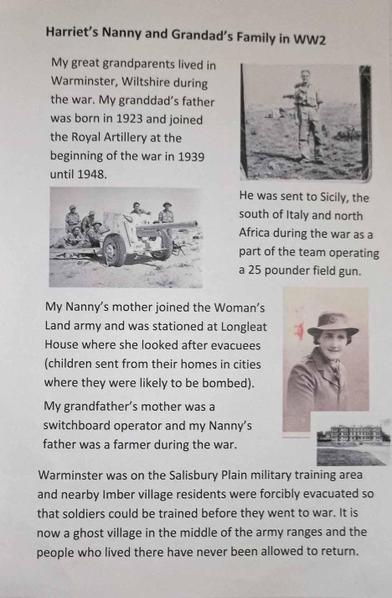 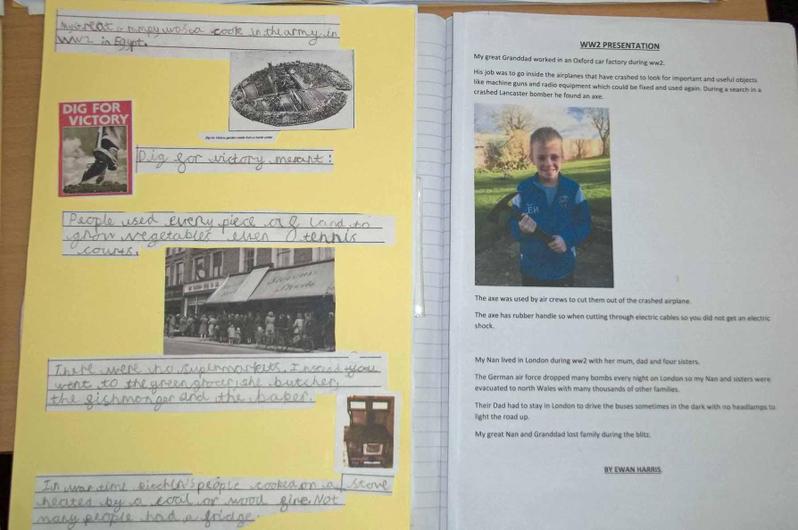 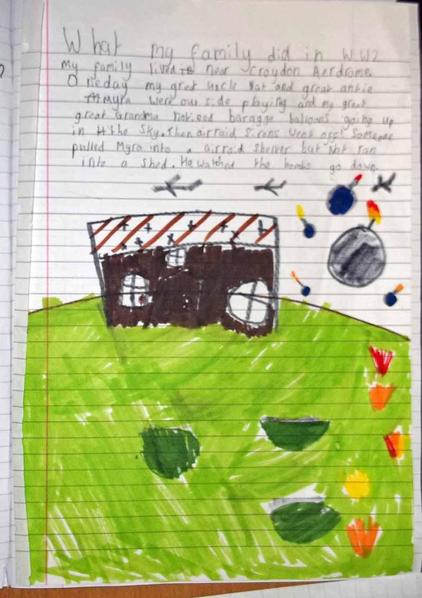 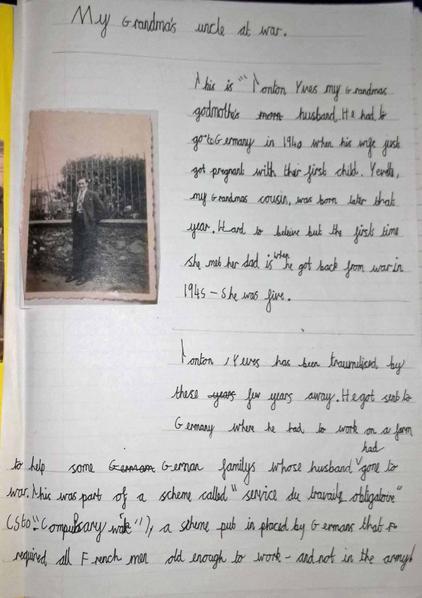